Rudolf "Dick Farmer" Bauer was a most exciting person with a wide range of abilities, as architect-engineer and musician. I first met him when I joined the Jugendband Hannover some time in 1965. This marching-band for young musicians had been founded by Heinz Both, and at that time Rudolf trained and led the brass section. Through him I also got to know guitarist Toto Blanke, who let me have one of the rooms in his flat in the center of Hannover. When Toto left Hannover, I took the whole flat myself.

Rudolf had already founded the Rudolf-Bauer-Trio with "Dizzy" Dietmar Siebrasse on drums and Rudi Kosch on bass. That band was quite successful for a while, but in 1971 Rudolf was looking for a new kick. So he added two more trumpets with Hans Sandner and Willy Kaus and offered me the position as bassist. I gladly accepted, because here again I had the chance to work with an excellent drummer. After some brainstorming, Dizzy came up with &#34Dick Farmer" and the new band was born. From that on the sound of three trumpets plus organ became a real trade mark. 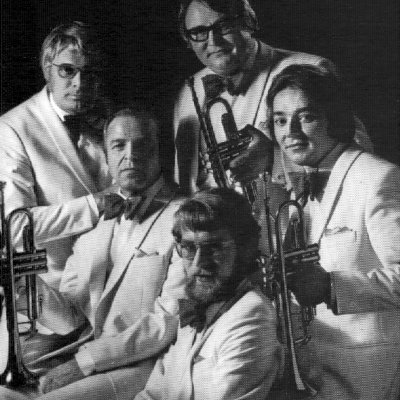 The band had it's first appearance on 2 August 1971 at the large Meet the Print festivity of a local newspaper, the &quotHannoversche Presse" (HP). But three trumpets plus rhythm section and only five musicians? Yes, that worked, because Rudolf played both trumpet and organ, at the same time. And don't forget, the B-flat trumpet is a transposing instrument, so you need someone who is used to use both hemispheres of his brain at the same time and for different things. Rudolf truly was such a person - with all the advantages and drawbacks that caused. 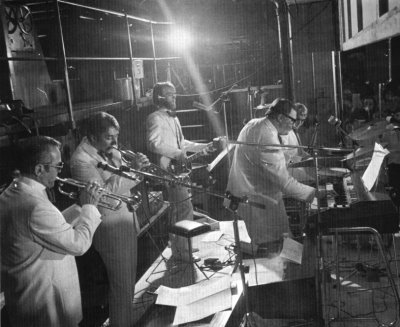 What followed were eight busy years with lots of gigs all over Germany. Long and successful collaboration with agent Egon Steiner let us specialize in supporting record stars and other artists live on stage, sometimes without any rehearsal.

The list of names is long and still incomplete. Quite astonishing that many of them are still known today.