our home town, lies in the northern part of Germany. First mentioned in 1241, today it has roughly 600,000 inhabitants and is known for its royal baroque gardens, its city hall of 1913, its renowned opera, its funny sculptures (the Nanas of artist Niki de St. Phalle), and its industrial fairground, the home of world's biggest annual industrial show, the Hannover Messe, and of the world's biggest electronics and computer show, the CeBit Messe.
In the year 2000, from June until the end of October, Hannover has been the host of the World Expo 2000.
And very recently, in 2014, Hannover was named "UNESCO City of Music".

Here are a few photo impressions we took on a sunny summer day: 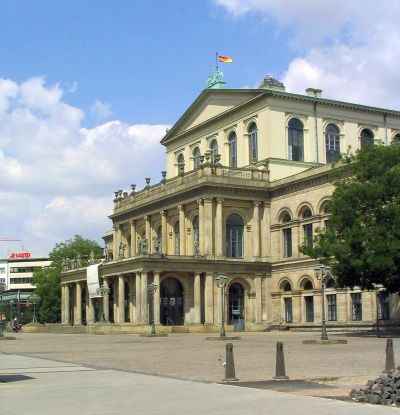 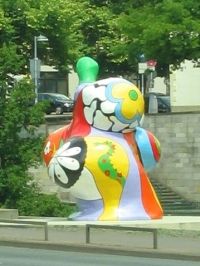 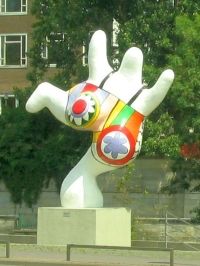 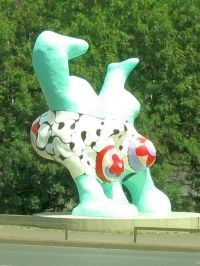 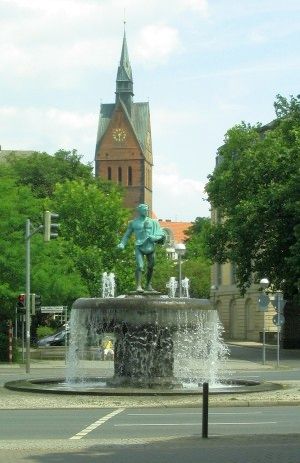 View of the Market Church from Leibniz-Ufer, across the Duve-well by artist Georg Herting. 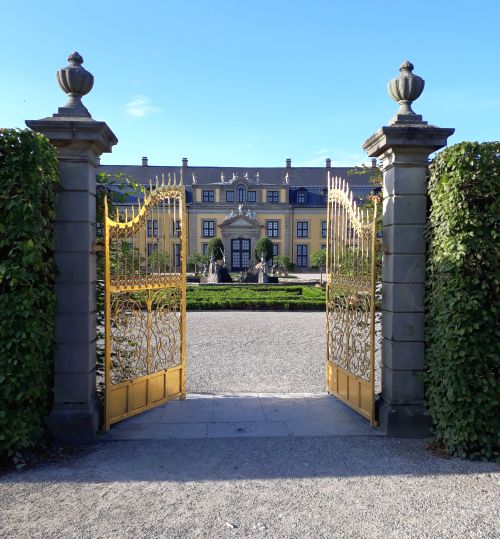 The golden gate in Baroque Garden in Herrenhausen. 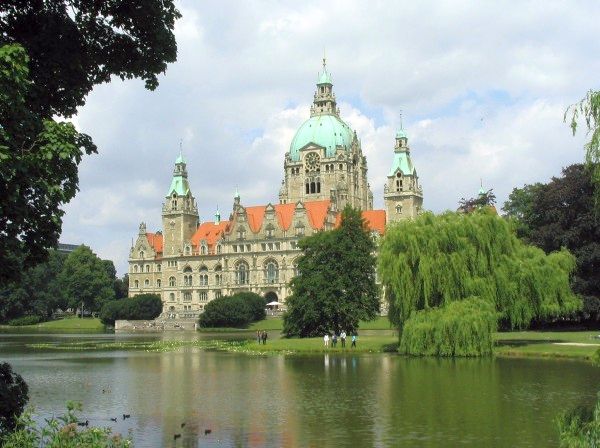 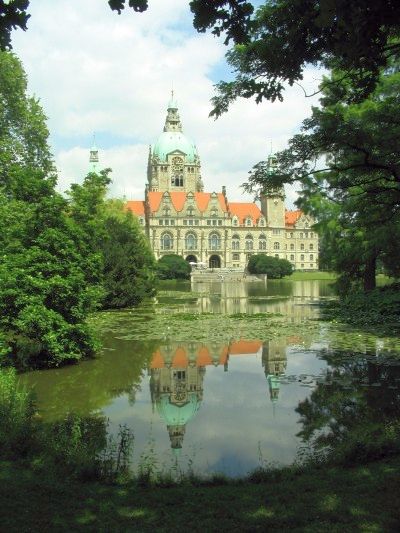 View of the "New" Town-Hall, nicely mirrored in the water.